Why Don't My Employees Trust Me?

Cara Brennan Allamano, senior vice president at Udemy, recently shared results from her firm's survey of 1,000 workers across the country.   She published the findings in Fast Company:
The numbers might shock you initially.  However, consider for a moment the abysmal employee engagement scores at many organizations before the COVID pandemic.  It's no wonder, then, that we see many employees with such perceptions about their employers' intentions during the crisis.
Leaders need to ask themselves:  Why don't our employees trust me?  They have to be honest with themselves.  If they can't confront the truth, or don't seem to understand the reasons, leaders must find confidantes who will tell them the unvarnished truth.   Too often, I hear leaders make excuses.  They blame employees for holding misperceptions.  I think that's a misguided reaction, and frankly, one that is potentially very harmful to the organization in the long run.   Employees believe what they believe.  Perhaps their beliefs aren't true, but leaders must ask themselves:  WHY do they hold these beliefs?  Don't blame the employees.  Fix the situation.  Get to the root of why employees have come to be so skeptical and cynical about top leadership's intentions.  In my view, leaders should ask themselves three questions:
Posted by Michael Roberto at 8/12/2020 08:11:00 AM No comments:

In a recent interview published on the Knowledge@Wharton website, Dartmouth Professor Syd Finkelstein talked about lowering employee anxiety and communicating effectively with your employees during this time of remote work.   He explains what should be happening during one-on-one conversations with your team members. In particular, he describes how leaders should try to understand their employees' pain points and aspirations.

The second thing is more of an individual idea, which is for each individual on your team to carve out some time to have that one-on-one conversation, not the big Zoom meeting or the BlueJeans meeting or whatever it is. One of the best ways you can signal that you really care about somebody – and this will help alleviate their anxiety – is if you try to understand what it is they need and what they want in their own careers at this point in time.

That could be starting to think about, “Well, within a year hopefully we’re on the other side and here’s what I’d like to do.” Or, “I have an aspiration to be a senior VP or a C-suite executive here” — to actually spend the time partnering, where you’re not only providing advice, but you’re actually helping them execute on this. For example, if somebody needs certain skills to get to the next stage, you help them figure out how they can get those skills. If that means a new assignment, a new opportunity, you do that.

That’s just good management of people. But when you do that, especially now, you’re demonstrating in a real way – not just with words, which are important – that you care about each individual person and you want them to succeed, and you want to understand what’s going on in their lives now, and work together to try to get them to the next stage, whatever that happens to be.
Posted by Michael Roberto at 8/07/2020 10:07:00 AM No comments:

This week, I came across a terrific paper publishedy by clinical neuropsychologist Rex E. Jung and his colleagues in Frontiers of Psychology.  The paper is titled, "Quantity yields quality when it comes to creativity: a brain and behavioral test of the equal-odds rule."

For years, design thinking advocates such as the practitioners at IDEO and instructors at the Stanford d.School have argued that creative problem-solving techniques should first focus on generating lots of ideas, while deferring judgement.  The notion is that you have the best chance of coming up with a truly great idea if you brainstorm as many ideas as possible. Some quote Linus Pauling who once said, "The best way to get a good idea is to have a lot of ideas."  Is this true, though?  Does idea fluency (the number of ideas developed) relate positively to creativity and originality?    Jung and his colleagues examined that question using a multi-method research approach.  They not only collected data on a series of behavioral measures from a pool of 246 research subjects, but they conducted neuroimaging as well.   Here is what they sought to study, as described in the opening to their paper:

There is a long history, within the creativity literature, noting an association between idea fluency (the number of ideas generated) and the associated quality, originality, and/or creativity of the ideas that are produced on divergent thinking tasks (Wallach and Kogan, 1965). This notion has since been conceptualized as the “equal-odds rule” by Simonton (1997), which states that “the relationship between the number of hits (i.e., creative successes) and the total number of works produced in a given time period is positive, linear, stochastic, and stable.” This principle has great appeal in that it conforms broadly to evolutionary principles (i.e., there is a variation/selection process; Campbell, 1960), it is parsimonious (Simonton, 1984b), and it conforms to excitatory and inhibitory neuronal processes familiar to the neurosciences (Logothetis, 2008).

At the opening of their discussion section, the authors summarize their findings:

We found that quantity was associated with quality on measures of divergent thinking customarily associated with creative cognition. Subjects who produced more descriptions of abstract visual designs produced more creative descriptions of the designs as measured by judges who were blind to subject demographics. These results provide compelling support for the equal-odds rule which underlie BVSR theories of creative cognition, and which have been demonstrated repeatedly in Big C cohorts throughout history. Importantly, these results were obtained in a college sample ranging in creative achievement (0–144), and intellectual capacity (80–153), thus spanning the normal ranges of both creative and intellectual abilities. We found that fluency and creativity were highly related to one another when measured using a test of divergent thinking and the consensual assessment technique. Finally, we found that fronto-subcortical brain networks were implicated in performance of both fluency and creativity measures, with a common locus across both measures being the frontal pole. 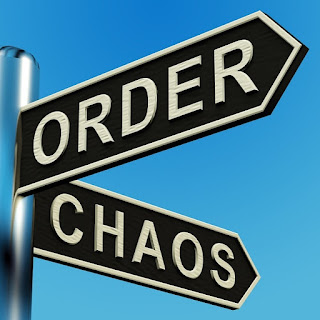 In a recent article for McKinsey, Stanford Professors Robert I. Sutton and Hayagreeva “Huggy” Rao offered some highly useful tips for leaders navigating the current tumultous environment.  They offer key insights regarding predictability and understanding.  Sutton and Rao argue that leaders must try to offer as much predictability as possible to their employees.  Moreover, they have to explain the rationale for their actions clearly and concisely.  Here's an excerpt:

The protective powers of predictability are a central theme in psychologist Martin Seligman’s classic research on learned helplessness. His “safety-signal hypothesis” was inspired by the air-raid sirens used in London during the Blitz, in 1940 and 1941, when German bombers attacked the city night after night. Because England’s warning system was so reliable, Londoners could go about their business without fear of being killed by German bombs so long as the sirens were silent. When the sirens wailed, they knew it was time to scurry underground to “the Tube” and other safe locations.


people to know when they are safe from the threat versus when it is imminent, fear is warranted, and it is time to take action to minimize risk. Conversely, if people never feel safe, their feelings of powerlessness cause them to suffer constant anxiety, despair, and, ultimately, physical and mental illness.

While predictability is about the potential for bad (or good) things to happen (or not), understanding is about the why. We humans have a burning need for explanations of important events in our lives. When events, especially distressing ones, are uncertain—and clear-cut answers aren’t forthcoming—people get anxious and generate plausible explanations. Once people invent, articulate, and spread such imagined explanations, they can have a hard time letting them go, no matter how incomplete, biased, or downright wrong they are, suggests research by Prashant Bordia and his colleagues.3

Dampening the anxiety that fuels distracting rumors requires explaining decisions in enough detail to convey that you, as a leader, are treating the people affected with nuance and care. Leaders also do well to rely heavily on simple headlines and repetition, because the anxiety provoked by crises can make it hard for people to process complex information.
Posted by Michael Roberto at 7/31/2020 08:13:00 AM No comments:

Listen to Microsoft CEO Satya Nadella speak about "know-it-all" vs. "learn-it-all" leaders and organizations.   Great way of applying growth mindset to organizational leadership and transformation.   He discusses this topic during the first portion of the video interview.
Posted by Michael Roberto at 7/29/2020 02:28:00 PM No comments:

My former student, Cassidy Forsley, recently shared an interesting article on LinkedIn. It's a Harvard Business Review article titled, "Why You Should Create a 'Shadow Board' of Younger Employees." I enjoyed reading the article, as I've encountered companies employing such practices over the years. Each time, I've been impressed with the results. The article authors, Jennifer Jordan and Michael Sorell, describe how Prada and Gucci have used shadow boards successfully.  They write:

A lot of companies struggle with two apparently unrelated problems: disengaged younger workers and a weak response to changing market conditions. A few companies have tackled both problems at the same time by creating a “shadow board” — a group of non-executive employees that works with senior executives on strategic initiatives. The purpose? To leverage the younger groups’ insights and to diversify the perspectives that executives are exposed to.

I think one benefit of a shadow board is that executives sometimes hear perspectives that their direct subordinates and middle managers are fearful of sharing with those in the C-suite.   A lack of psychological safety limits the views and information flowing to the top.   However, as one CEO joked to me, "the young employees are just stupid enough to tell me the truth!"  In other words, they aren't worried as much at times about the negative career repurcussions of sharing the unvarnished truth with top executives.   The shadow boards also enable companies to tap into the insights of younger consumers as well as spot social and technological trends.  Furthermore, as the authors argue, it increases employee engagement, thereby helping with talent retention.
Posted by Michael Roberto at 7/21/2020 08:47:00 AM No comments:

Hiring: Ask Why, What, and How

Kevin Lofton is CEO of Catholic Health Initiatives. He has served in that capacity since 2003. Catholic Health Initiatives is the country's third largest nonprofit healthcare system. It includes roughly 100 hospitals across 17 states. Several years ago, he participated in an interview with Adam Bryant, then of the New York Times. Here's Lofton on how he hires. I think the why/what/how progression is very helpful to consider as you interview.


How do you hire?

I start with the “why” — why are you here, why would this role fit into your career path, and why are you interested in coming to our organization? I then focus on the “what” — what are the things that you’ve done that relate to what you might do here, and what are your ideas for how you can help us?

And then I move to the “how,” and that’s where character comes in. How do you do business? Somebody might be a cardiovascular surgeon who is going to put a lot of money on our bottom line, but if they yell at nurses in the operating room, then we don’t want them.
Posted by Michael Roberto at 7/20/2020 10:15:00 AM No comments: