CEO Power: How Does It Affect Performance When an Industry Experiences a Downturn?

Vishal K. Gupta and his colleagues have published a new paper titled, "When Crisis Knocks, Call a Powerful CEO (or Not)." One of the co-authors, Vikram Nanda, explains the core research question examined in their study: "When you have concentrated power in the hands of the CEO or a small group of decision-makers, does that lead to better decision-making or worse?”   One could argue that a concentration of power helps during a crisis or downturn, because it speeds up decision-making processes.  On the other hand, the organization may suffer because the CEO does not gather information and advice from a diverse range of voices, and because poor governance leads to insufficient oversight and control. 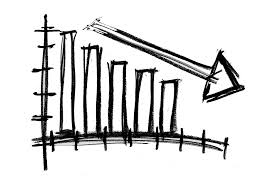 Gupta, Nanda, and their colleagues studied 3,724 CEOs over a 17 year period.   They examined various measures of CEO power and the relationship to firm performance.  The scholars discovered that, "For innovative firms with powerful CEOs, an industry downturn results in a notable decrease in the firm’s value, or book-to-market ratio, relative to a less powerful CEO, the study found. For firms with powerful CEOs in competitive industries and high-discretion industries, a downturn results in a decrease in firm value."

The lesson here is straightforward:  Urgency or crisis is no excuse for autocratic leadership or micromanagement.  Inclusive leadership, done well, can lead to effective and timely decisions.
Posted by Michael Roberto at 6/01/2018 08:44:00 AM