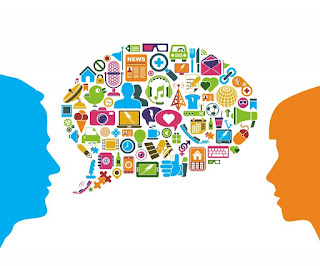 Some leaders communicate early, often, and quite effectively.   Others overshare.  They send out a constant stream of messages, perhaps risking information overload for their organization members.  Finally, perhaps most often, we find that leaders undercommunicate.  They fail to offer transparency, and they fail to keep employees abreast of the latest developments at the firm.   Scholars Francis Flynn and Chelsea Lide conducted a great new study to examine the perceptions of employees in the cases of overcommunication vs. undercommunication.   They found that employees clearly prefer more communication to less, even if the risk of information overload exists.   Unsurprisingly, the scholars find that most leaders believe that they are communicating sufficiently, when in fact, they are not.  Here's more on the specific perceptions employees have and their implications for leaders, from Stanford Leadership Insights:
Flynn and Lide’s research shows that employees’ preference for too many versus too few messages stems from the perception that even if an overcommunicating leader can’t communicate the ideal amount, at least they mean well. Overcommunicators “may be given the benefit of the doubt by their employees, who might view them as trying to meet their needs, even if they are not necessarily succeeding,” Lide says. Making an effort can give the impression of empathy, whereas undercommunicators are “not really seen as trying at all. Instead, they tend to be seen as really missing the mark in terms of meeting the needs of their employees.”
Flynn says that these results contrast with prior research that found that information overload hurts employee performance. “Overcommunication may be seen as annoying and a nuisance, but it’s not seen as a damning flaw for a leader, partly because a leader’s overcommunication is seen as an attempt to benefit you, even if it is misguided, as opposed to an attempt to undermine you or simply ignore you.”
Posted by Michael Roberto at 9/21/2022 09:39:00 AM