Adam Bryant wrote a brief Strategy+Business article two weeks ago about examining what it means to be a servant leader today. He makes a distinction between the self-centered vs. selfless leader. Bryant writes:
After all my interviews with leaders, and spending the last 30-plus years of my career working for some truly exceptional and truly horrible bosses, the key differentiator of leaders for me is whether they are selfless or self-centered. Do they see the people who work for them simply as assets to help them achieve their own goals, or do they consider it their responsibility to help their team grow and develop?...
Maybe the self-centered leader will get faster results in the short run by ordering people around — a command-and-control boss of yore — but long-term leadership tests these days are about influence and attracting and building talent. These only grow when employees feel that their leader is more interested in their development and the broader success of the organization than in advancing his or her own career.
These selfless leaders recognize that their responsibility is to lift the performance of their team, which in turn will likely lead to more promotions if they are successful. Getting the best out of people is simply a matter of where leaders put their focus. Are they more concerned with what they are doing for their team, or with what their team is doing for them?
Build a great team, develop your people, prepare them to flourish in their current role and beyond.   Invest in expanding their capabilities.  You can do all that AND demand a great deal from them.  You can set high expectations and even raise the bar during challenging times.  Being selfless doesn't mean refraining from offering negative feedback, or setting easily attainable goals.   It simply means recognizing that you can't achieve greatness for your organization and personal success as well on your own.  You will need to work with and through others.
Posted by Michael Roberto at 11/30/2020 08:56:00 AM No comments:

Gratitude & Its Impact on Creativity 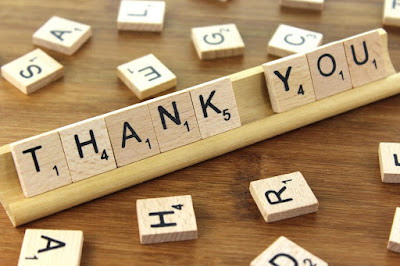 Source:  SDW Tech Integration Now
In the past, I have blogged about interesting research on gratitude in the days leading up to Thanksgiving. I thought I would share new research on the topic.  Nashita Pillay and her colleagues published a new study earlier this year (January 2020) in Organizational Behavior and Human Decision Processes.  The paper was titled, "Thanks for your ideas: Gratitude and team creativity."  The scholars examined the impact that expressing gratitude has on a team's ability to accomplish a creative task.  The researchers conducted two experimental studies.  In one study, they asked 1/2 of the participants to write about something for which they were grateful.  The other half were in the control condition.  Here is the instruction for the "gratitude" condition:
There are many things in our lives, both large and small, that we might be grateful about. For the next 5 min, think back and write in detail about why you are grateful or thankful for your team members. These team members include the people you just worked with and past team members. Please elaborate on why you feel grateful or thankful and provide contextual information where necessary.
Then, the research subjects worked in groups to accomplish a team creativity task (How might we creatively improve university education?).   The scholars asked the participants to generate ideas that were both practical and original.   What did they find?   Gratitude enhances the intellectual exchange of ideas within teams, and as a result, team creativity rises.  In a second study, they confirmed that gratitude has a more beneficial effect than positive emotions in general.  Why does gratitude have this positive impact on team creativity.  The scholars offer this explanation:
In grateful teams, initial ideas shared by team members would be more likely to trigger a response gesture by which the team works collectively to improve on the ideas.  The more effort teams with higher gratitude put into thinking and systematically integrating others’ ideas, the more likely that these ideas will become intriguing or novel—and would otherwise have been harder to generate (Stasser & Titus, 1987). Team members who feel grateful should be motivated to think deeply and thoroughly about how to reciprocate the benefits they have received from others and, in turn, engage in more information elaboration during team discussion, thereby supporting and building on others’ ideas.
Posted by Michael Roberto at 11/10/2020 09:21:00 AM No comments:

My latest case study, Boeing 737 MAX: Company Culture and Product Failure, has been published this week by the University of Michigan's William Davidson Institute.  The case (and teaching note for faculty) are available directly from the institute, and they will be available soon from the Harvard Business Publishing website as well.  Here's a short description of the case study:

In October 2018, Lion Air Flight 610 crashed into the sea soon after takeoff from Jakarta, Indonesia. Investigators identified a problem with the new Boeing 737 MAX jet’s stall-prevention system (known as the Maneuvering Characteristics Augmentation System, or MCAS). However, the Federal Aviation Administration (FAA) allowed airlines to continue flying the jet, while Boeing worked on some changes to the MCAS software. Less than five months later, Ethiopian Airlines Flight 302 crashed six minutes after takeoff. Once again, a faulty sensor triggered a misfire of the MCAS software. The system pushed the nose of the plane down repeatedly. The pilots could not determine how to stop the sharp descent, and the plane plunged into the ground at more than 500 miles per hour. Four days later, facing immense pressure from government officials around the world, Boeing grounded its entire fleet of 737 MAX jets.

The Boeing board of directors faced a multi-part dilemma. Was the current CEO still the right person to lead the company, or to what degree, if any, was he responsible for the position Boeing found itself in? Had something gone awry with the company’s culture after decades of engineering excellence? How did it come to happen that pilots suddenly experienced fatal difficulties flying the latest model of one of the world’s most-used passenger jets? And, how could Boeing ensure such a situation would not happen again?

Are You Spending Your Time Correctly?

I'm looking forward to reading Harry Kraemer's new book, Your 168: Finding Purpose and Satisfaction in a Values-Based Life. Kraemer is the retired CEO of Baxter Healthcare and currently executive partner with Madison Dearborn Partners, a private equity firm based in Chicago. Kraemer also serves on the faculty at the Kellogg School of Management at Northwestern.   Kraemer describes a challenging exercise we can and should undertake to examine how we are spending our time each week.   Here's an excerpt from the Kellogg Insight description of the self-reflection activity:
Make a grid with six rows for each of the major aspects of your life, which Kramer defines for everyone as career, family, health, spirituality, fun, and volunteering. Then decide how much of your time you would ideally like to be devoting to each of these activities. Next, figure out how much you actually are devoting. Finally, calculate the difference.
“Only attempt this exercise if you’re in a really good mood,” cautions Kraemer, the former CEO of Baxter International who is now a clinical professor of leadership at Kellogg. The reason: very few people match what they want to be doing with what they actually are doing.
“Every one of us has 168 hours” in a week, Kraemer says. “Do you know where you’re spending your time? And are you spending it where you believe it matters most?”
The exercise indeed may be eye-opening and perhaps will challenge us in ways for which we are not fully prepared.  However, I think we could all benefit from this opportunity for self-reflection.
Posted by Michael Roberto at 11/02/2020 08:29:00 AM No comments: