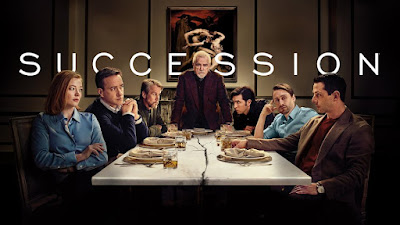 And you thought the HBO hit show Succession was fascinating... how about Starbucks for some boardroom succession drama?!  Several days ago, we learned that Kevin Johnson has decided to step down as Starbucks CEO.  In addition, the company made the surprising announcement that Howard Schultz would return for his third tenure as CEO.  Starbucks announced that Johnson had informed the Board of Directors about one year ago that he intended to step down around this time.  This news left many corporate governance experts scratching their heads.  Why go to Schultz as interim CEO if the board had a year to plan for the succession?  Did the Board stumble in an effort to replace Johnson, or is there some other reason for going back to Schultz once again?  In a Forbes article by Jena McGregor, experts offered some perspective on the potential pitfalls of this decision:
Still, corporate governance experts say the move includes some potential succession pitfalls. Bringing back a CEO a second time—or a third—can impact future CEO recruitment, says Jason Schloetzer, a professor at Georgetown University’s business school who studies CEO succession.
“When you have a culture among the management team where the founder is still around and still actually pretty heavily involved, it can be difficult to recruit somebody who wants to do their own thing,” he says.
Meanwhile, CEOs who return to a job—especially those as successful as Schultz was in his second tour of duty—may try to do things that brought them success before, even as employees’ mindsets and public expectations may have changed.
Such CEOs can “essentially operate in a repeat methodology,” says Steve Mader, a strategic partner with executive search firm ON Partners who formerly ran the board practice for Korn Ferry. “But things change. [The] solutions five years ago are not necessarily good solutions now.”
Naturally, we will learn more in the coming weeks and months about Starbucks' succession plans.  Perhaps the Board simply had to wait for their preferred candidate to be available.  However, even if that is the case, the move to Schultz doesn't come without pitfalls as described above.  The situation certainly speaks to the need for succession planning long before a leader indicates that they are thinking of stepping down.  The best leaders cultivate and develop talent, including the people who can step into their shoes.  That process should begin soon after the day a leader assumes a role, not when they begin to contemplate stepping away.
Posted by Michael Roberto at 3/22/2022 06:37:00 AM No comments:

Is your organization's resource allocation process biased against funding original ideas or novel projects?  Jacqueline Lane and her colleagues published a fascinating paper in Management Science in 2020.  They examined a "conservatism bias" in funding novel projects.   The scholars conducted an examination of the review of scientific research proposals.  They argue that, "The greater power of negative information suggests that information sharing among expert evaluators can lead to more conservative allocation decisions that favor protecting against failure rather than maximizing success."  In short, if people share their evaluations with one another, it tends to lead to a focus on risks and pitfalls,and therefore, creates a bias against original, potentially groundbreaking ideas. Here is their more detailed summary of the findings:

Using quantitative and qualitative measures, we found a clear and reproducible pattern: Negative information had a much stronger effect on people’s attention, information processing, and behavior, consistent with the negativity bias found in other domains (Baumeister et al. 2001, Rozin and Royzman 2001). Qualitative comments accompanying the evaluators’ decisions to adjust their scores suggest that, as a result of exposures to critical information, evaluators devoted greater attention to evaluation-criteria-specific tasks, such as scrutinizing the proposal for critiques and weaknesses. In contrast, exposures to neutral and higher scores led to shorter comments, with a greater focus on non-criteria-specific aspects of evaluation, such as confidence in their judgment or achieving consistency with the other reviewers, which did not prompt additional information processing of the evaluation task at hand. Thus, provided with the opportunity to deliberate and influence each other, evaluators are more likely to focus on proposal weaknesses than strengths. This asymmetry suggests that reviewers are more concerned with false positives (i.e., type I errors) than false negatives (i.e., type II errors), as the furnishing of negative information weighs more heavily on reviewers’ decisions than positive information of comparative magnitude. This finding may help explain what many see as “conservatism bias” in funding novel projects, which has conjured slogans such as “conform and be funded” and “bias against novelty” (Nicholson and Ioannidis 2012, Boudreau et al. 2016). If the risk of proposals is associated with their weaknesses, then, relative to independent evaluations, postsharing evaluations favor more conservative projects. These decisions, in turn, directly shape the disruptiveness of innovation occurring at the knowledge frontier.

Fran Horowitz, CEO of Abercrombie & Fitch, has led quite a turnaround at the company over the past several years (the firm manages both the A&F and Hollister brands). She inherited a company spiraling toward a similar horrible fate experienced by other struggling brick-and-mortar apparel retailers in recent years. Horowitz managed to reverse the decline. Under her leadership, A&F has rebounded to reach a revenue level last achieved in 2014. The firm's share price has almost quadrupled during her tenure.
Fortune recently published an in-depth look at the turnaround.  As I read the article, authored by Phil Wahba, I was struck by two key elements of Horowitz' leadership.   She offers us one important lesson about business strategy and another about organizational culture.
First, with regard to competitive strategy, Horowitz noticed that the A&F and Hollister brands had converged to the point of becoming indistinguishable.   Horowitz noted, “The simple conclusion I came to was that the brands had really become melded into one.  It was essentially the same product with just a different logo across the chest, at a different price.  She set out to create brands with distinct competitve positioning.  I would argue that many multi-brand apparel retailers have faced a similar predicament.  In desperate search of synergies among their subsidiaries, the firms have watered down the distinctive aspects of each brand.  They have reduced costs, but at the expense of a developing strategies that stood out from one another.  Wahba writes,
On a more fundamental level, Horowitz started to put distance between Hollister and Abercrombie & Fitch so they weren’t interchangeable and didn’t risk being seen by shoppers as commodities, something that was draining their pricing power. “We had an opportunity to separate the brands and get them each on their own path,” she says.
The problem was that for years, the two brands had shared a merchandising and design team, so the products were very similar. For instance, a Hollister parka and one at Abercrombie would have almost the same design, with only tiny touches—a difference in color, say—to set each brand apart. So Horowitz gave each brand its own dedicated teams.
She also zeroed in on making sure they served different markets. For Hollister, based on data drawn from tons of in-person consultations with shoppers, the company determined that the target customer would remain a 17-year-old looking for clothes that invoke the feeling of a carefree, endless summer. Abercrombie, meanwhile, would “age up” and look to cater to 25-year-olds looking for casual, quality clothing. (But 25 is an average: A&F does carry items aimed at an older shopper, including $40 Def Leppard men’s t-shirts.)
In terms of organizational culture, Horowitz tackled the transformation of a top-down culture where front-line employees' ideas and perspectives were not valued. Wahba describes the culture under the previous CEO:
Jeffries’ top-down management approach worked well...until it didn’t. By the 2010s, his my-way-or-the-highway approach meant the company was missing important cultural shifts and falling out of step with its consumers, who were becoming less interested in company logos and airs of exclusivity. And the CEO eventually became notorious for his imperious management style.
The point here is very important. Creating a culture of low psychological safety not only demoralizes your employees, but it means you miss KEY shifts in customer behavior and market dynamics.  The people closest to the customer are not able to provide critical feedback and information to senior managers plotting overall strategy. Hollister President Kristen Scott, hired by Horowitz to help lead the transformation, notes, "“It took years, really, to get everybody comfortable reporting back what the customer was really asking for.”
Apparel retailer is a highly competitive industry.  The future may still present major pitfalls for A&F.  However, Horowitz' turnaround reminds us not to sacrifice distinctive competitive positions in desperate search for corporate synergy, and not to forget the impact that low psychological safety can have on an organization's ability to sense changing customer behavior, wants, and needs.
Posted by Michael Roberto at 3/13/2022 05:36:00 PM No comments:

Wharton Professor Katy Milkman, author of How to Change: The Science of Getting from Where You Are to Where You Want to Be, argues that we should try more often to "reach individual and team goals by relying on short-term gratification instead of willpower." Milkman explains that willpower simply isn't a very effective strategy for goal attainment for most of us. Here's her description of what researchers consistently find:
The research is clear: It doesn’t work. We tend to be overconfident about how easy it is to be self-disciplined, but a big payoff far down the road — or even knowing that a change is simple or cheap — just isn’t enough to keep us motivated. Economists call this tendency to favor instantly gratifying temptations over larger long-term rewards “present bias.” Unfortunately, it’s universal, and one of the biggest barriers to change.
What techniques work more effectively than simply relying on willpower alone?  One strategy she advocates is called "temptation bundling" - something I've blogged about in the past.   Milkman also argues that adding a little fun to our strategies for goal attainment can be highly effective.  Many firms, for instance, have pursued gamification strategies to encourage employees to achieve certain objectives.  Sometimes, even more creative options can be very successful.   Milkman describes one such highly imaginative approach to encouraging people to pursue a healthier activity:
Every day, nearly 100,000 passengers rush through Stockholm’s Odenplan metro station. Each one of them has a choice: To get to and from their train, they can take the stairs or the escalator. To encourage the former, making a difference to people’s health (9% of premature deaths worldwide are attributed to inadequate exercise), a team of technicians funded by Volkswagen’s “Fun Theory” initiative turned the staircase into a set of giant, working piano keys. The result? Because taking the stairs was now fun, 66% more people than usual chose the stairs over the escalator.
Posted by Michael Roberto at 3/02/2022 10:33:00 AM No comments: